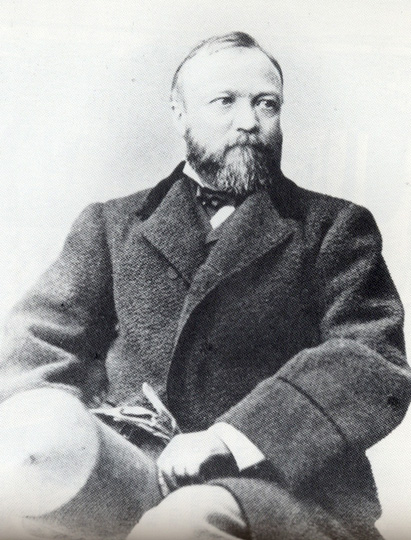 Carnegie’s first job was working as a bobbin boy at the age of thirteen in Allegheny, at Mr. Blackstock’s textile mill. He went on to become a telegraph operator and secretary to the superintendent of the Pittsburgh division of the Pennsylvania Railroad. Shrewd investment in stocks enabled him to move up the ranks of the steel industry, and he became chief owner of the Homestead Steel Works. As a steel manufacturer, he became one of the richest men in the world. Upon his retirement, he devoted the rest of his life to the distribution of his wealth.