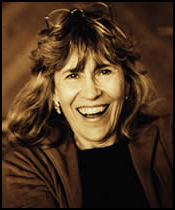 Christine Davis, the president and founder of Christine Davis Consultants, Inc., is the fifth individual to receive the Allegheny City Society’s William Rimmel award. She has over 20 years of experience in cultural resource management, conducting over 600 archaeological and historic resource surveys, many in that area that was known as Allegheny City.

Ms. Davis performed the investigation of the Pennsylvania Canal locks that were unearthed during the construction of I-279. Many of us were privileged to hear her descriptions of this first use of the Route 28 corridor in a presentation given to the Allegheny City Society a few years ago.

Her recent efforts, however, are a little closer to home. About 20 feet below our feet was the location of the backyard of the home of General William Robinson. It was here that Ms. Davis dug up the dirt, so to speak, on the late General. In 1832, a catastrophic flood moved the family’s possessions from the house on Federal Street into this backyard where they were covered with mud left behind by the floodwaters. In the winter of 1999, Ms. Davis and her team of archaeologists discovered hundreds of ceramic, glass and wood objects from that flood. The resulting collection is one of the earliest and most significant in the City of Pittsburgh.

Ms. Davis and the Pittsburgh Pirates have collaborated in creating a permanent exhibition for a portion of this collection to be housed in our new PNC Park, conveniently located on the South Shore of the original City of Allegheny.

Her sensitivity to our historical resources thus continues the Rimmel tradition of making history come alive. It is indeed fitting that Christine Davis receives this award.