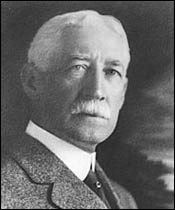 Henry Buhl, Jr. was born in 1848 and died in 1927. His will created The Buhl Foundation which was dedicated to “charitable, educational, and public uses and purposes” as a memorial to his beloved wife, Louise C. Buhl.

The members of the Board of the Allegheny City Society would like to help me present to you a few of the many projects that this foundation has supported in its almost 80 years of existence:

First, those targeted to Community and Neighborhood development in the North Side:

Second, those targeted to Educational and Cultural Programs for all Ages:

Third, those supporting Social Services for the people of the North Side: