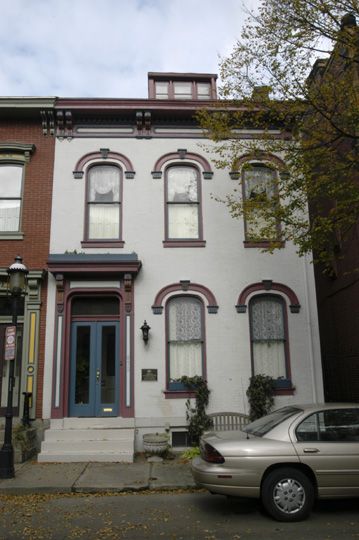 While living as an expatriate in France during the years between the World Wars, Gertrude Stein wrote her autobiography. In the work she stated that she was born “…firmly in Allegheny City, Pennsylvania.” This is the house where the Stein family lived at the time of Gertrude’s birth. Daniel Stein and his brother were in business together at that time in Allegheny City and Pittsburgh. Within a year the family moved to California. The house has remained a single-family residence from the late 19th century to the present day. The exterior and interior were nicely restored and preserved in the 1980’s.