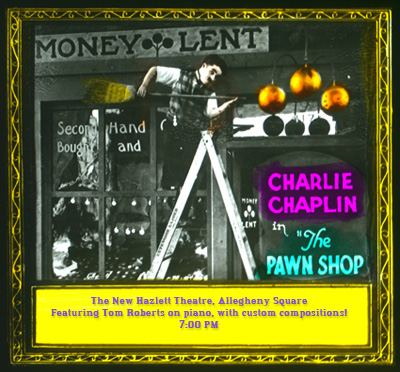 Chaplin classic shorts “The Rink” and “One A.M.” will be screened in the cool confines of the New Hazlett Theater, along with a newly-restored Chaplin short, “The Pawn Shop.” Tom Roberts will perform live accompaniment of his own composition. Lemon Blennd will be available.