ACS Winter Film Series – I Was a Communist for the FBI 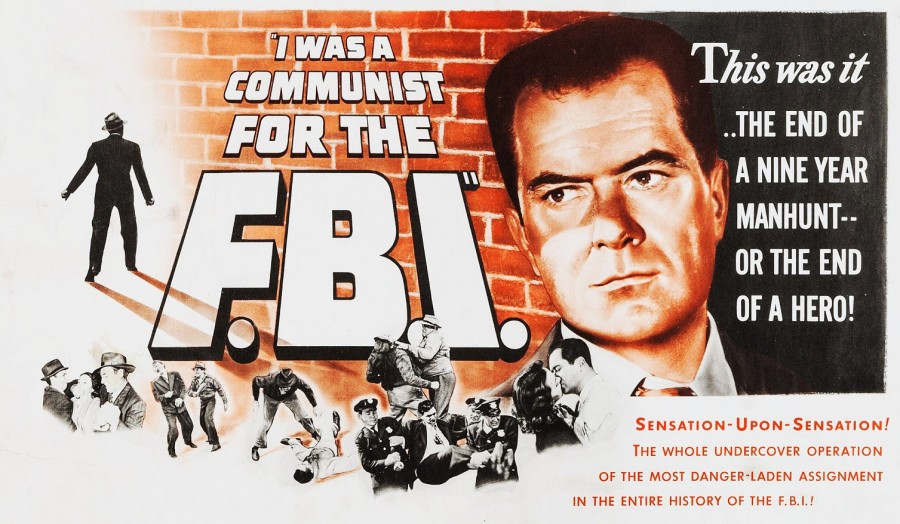 “I Was a Communist for the FBI” (1951) Noir thriller based on the true story of Matt Cvetic, Pittsburgh mill worker recruited by the FBI as a mole in the American Communist Party. Although fictionalized, the film was nominated for an Academy Award for “Best Documentary” in 1952!

Come for dinner at the Bistro and then stay for the free film talk at 6:45 and screening at 7.