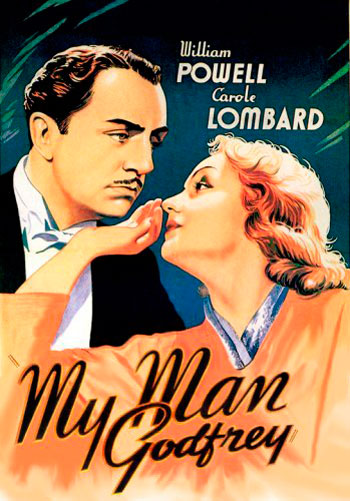 Our second film in the ACS 2014 Winter Film series: MY MAN GODFREY.

Author and Hollywood historian Robert Matzen has agreed to speak prior to our free screening of “My Man Godfrey.” Matzen recently released his newest book,“Fireball,” about the crash of Carol Lombard’s airplane. Carol Lombard was William Powell’s second wife, and made “My Man Godfrey” with him several years after their divorce. William Powell was nominated by the Academy of Motion Picture Arts and Sciences for his role of Godfrey in “My Man Godfrey.” Join us at 6:30 PM to meet the author and hear a brief presentation prior to the screening. Lemon Blennd, popcorn, book signing, and a classic Hollywood screwball comedy, all for the low, low price of FREE.